How Does a Teleprompter Work?

A brief History of The Teleprompter

A teleprompter is a beautiful thing.

A teleprompter is a time-saver, a money-saver and a nerve-saver.

But actually, the teleprompter is a display device that cues the speaker with lines from any given script or text. You don’t have the entire Gettysburg address memorized? That’s okay. Because the trusty teleprompter is there to save you from blanking and losing your mojo!

The device is placed in front and below the camera lens, and the scrolling text is reflected onto a reflective surface, usually a beamsplitter, so that light travels through the glass and into the camera, and also reflects image or scrolling texts into the speaker’s eyes. 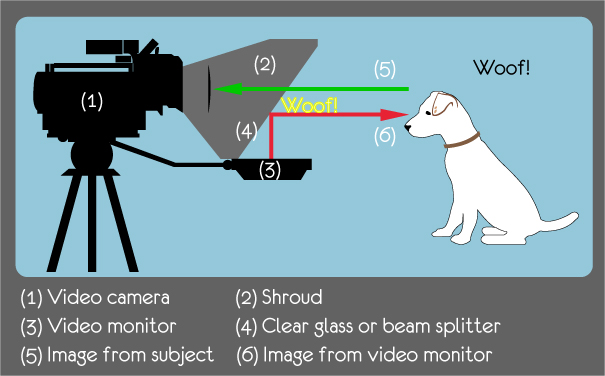 How a Teleprompter Works

Before the invention of the teleprompter, back in the younger days of television when programming was inundated with live shows that required almost weekly or even daily script memorization, cue cards were used to help feed the lines to the talent, but it would always be a clunky and awkward process.

In 1948, actor Fred Barton Jr. approached Irving Kahn, president of 20th century Fox Studios, and suggested an idea for a motorized scrolling cue machine. The Director of TV Research and Electrical Engineer at the time, Hubert Schlafly, (who recently passed in 2011) easily put together the device out of butcher paper, half a suitcase and some belts, pulleys and a motor. 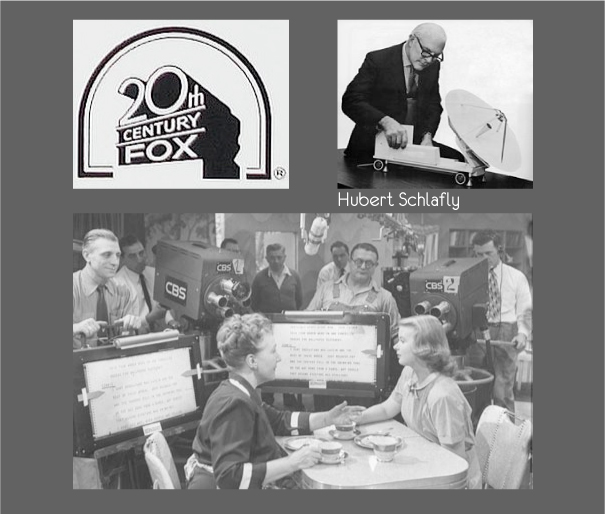 The History of Teleprompters

The only issue was that it was easy to tell when the teleprompter was being used, as the device was placed in either the left or right of the camera, so direct eye contact could not be made. Further adjustments were made to the device. The producer of ‘I Love Lucy’ used a system of glass and mirrors to allow for direct eye contact with the camera. 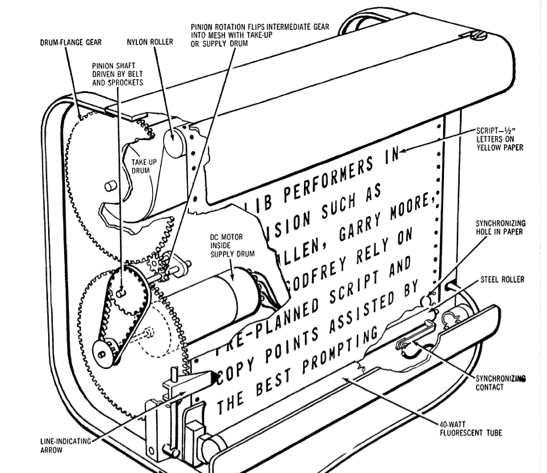 After Kahn demonstrated the device to former President Herbert Hoover and others at the Republican national convention, there was a huge increase in teleprompter use in all sorts of political events by various politicians. Due to the way it allowed for eye contact with the audience, it helped create a sense of genuine
connection with the audience that is so crucial in political campaigns.

The digital, computerized teleprompter device didn’t come out until the early eighties, when a sound mixer in Hollywood named Courtney M. Goodin created Compu-Prompt, the first computer-based teleprompter that became the standard for teleprompters all over the world. The best new feature of digital teleprompters is the ability to edit the text at the last second before the shoot.

Now, teleprompters are used in almost every live show, political campaign, concert, TV commercial shoot and news
station. They are the confidence boost that every speaker needs to make a great performance an unforgettable one.

Why Use a Teleprompter?

With every passing year, month, day–heck, with every passing second, the world speeds up exponentially in every possible way. Fast food is faster, internet is more than instant, and the importance of immediacy becomes paramount. As soon as an idea is conceived for something, be it a commercial, a commentary on current events, or a rambling comedy sketch, we need to make it happen NOW. And with the given technology, it’s becoming easier and easier to do so.

Machines don’t make half as many mistakes as people do. Humans make mistakes, and that’s what essentially makes us human. That’s why in a shoot or a planned event, there is one wild factor that we can harness and control to cut the production time – performance.  Take care of that, and baby, you’ve got one smooth shoot going.

Stuttering causes more stuttering causes embarrassment and frustration and creative blocks. What Teleprompters give us is the freedom and the comfort to let ourselves really pour every ounce of energy we have into creativity and performance instead of worrying about remembering everything and awkwardly yelling “LINES…please?” every thirty seconds.  And with less time spent on retakes, less money is spent on equipment, studio space and everything else that makes our budget feel sad.

All the cool kids are doing it.

“With our collective musical memory, hand signals and teleprompter, it allows for those ambitious, ad lib moments and an inspired, musical recklessness I believe is unique to our shows.” said Nils Lofgren, member of Springsteen’s E Street Band to the Post, about playing 192 different songs on tour, with the help of the teleprompter. 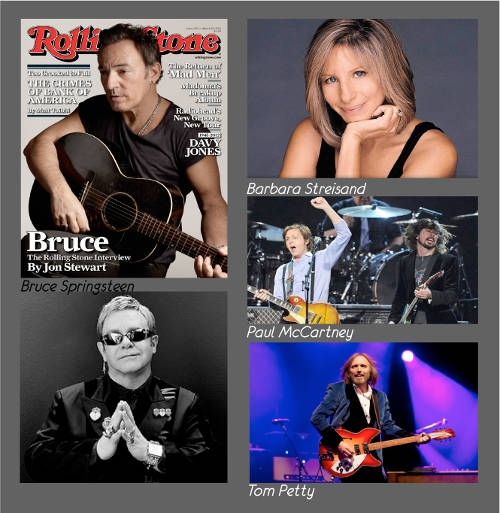 On the 20th anniversary of their morning show, the co-hosts of “Wake Up and Smile” suffer a breakdown when the teleprompter fails to provide their dialogue, and a Lord of the Flies-esque scenario plays out.

Where Can I Get a Teleprompter?

Well, you are in the right place.  Because, you know what?  WE have them.  We are American Movie Company (AMC), / TeleprompterRental.com  and we KNOW  teleprompters from back to front. We are the teleprompter MASTERS.

We have teleprompter specialists qualified in:

And you know what the best part is?   We’ve got offices in many
cities. New York, Miami, Washington D.C. Boston, San Francisco and Los Angeles. 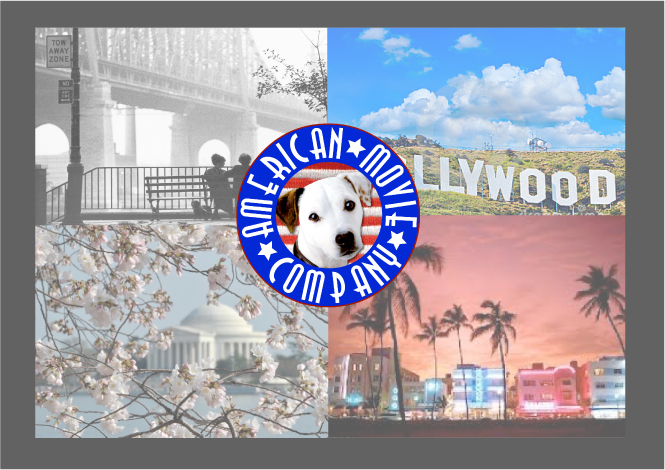