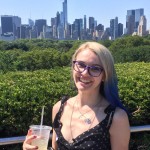 This summer, I discovered a new app called DoNYC, which is part of the DoStuff network. The app aggregates a multitude of events throughout the 5 boroughs, providing information to its users about where, when, and what is going on in the city. Personally, as an avid concert goer, I am always looking for new venues and bands to see, so it’s helpful to have an app to do the work for me.

As I was perusing the app, I discovered that Jon Batiste and Stay Human were playing at Webster Hall. I entered a ticket giveaway, and to my surprise, I actually won 2 free tickets to the show!

I have become a fan of Jon Batiste since he was named the music director and bandleader of The Late Show with Stephen Colbert. I think Colbert is one of the wittiest, most intelligent talk show hosts on-air today and have been extremely impressed with his show in its first month. Batiste compliments Colbert by interjecting music into the comedy pieces. The house band, Stay Human, is similarly talented in their ability to play alongside a rotating string of musical acts that perform every night. I was thrilled to win the tickets to experience their performance live.

The band did not disappoint. They played a mix of classic jazz tributes, rock and roll anthems, and original songs. Their energetic performance engaged the crowd, who jammed along to the funky rhythms and sang the catchy tunes. Jon is an extremely talented musician who alternated playing multiple instruments throughout the night.   Most notably, he regaled us by playing the melodica, his signature instrument. It is also known as a blow-organ, or key-flute. It has a musical keyboard on top and is played by blowing air through a mouthpiece on the side. Melodicas are rather small and portable. A friend of mine actually saw Jon Batiste carrying one in Washington Square Park. 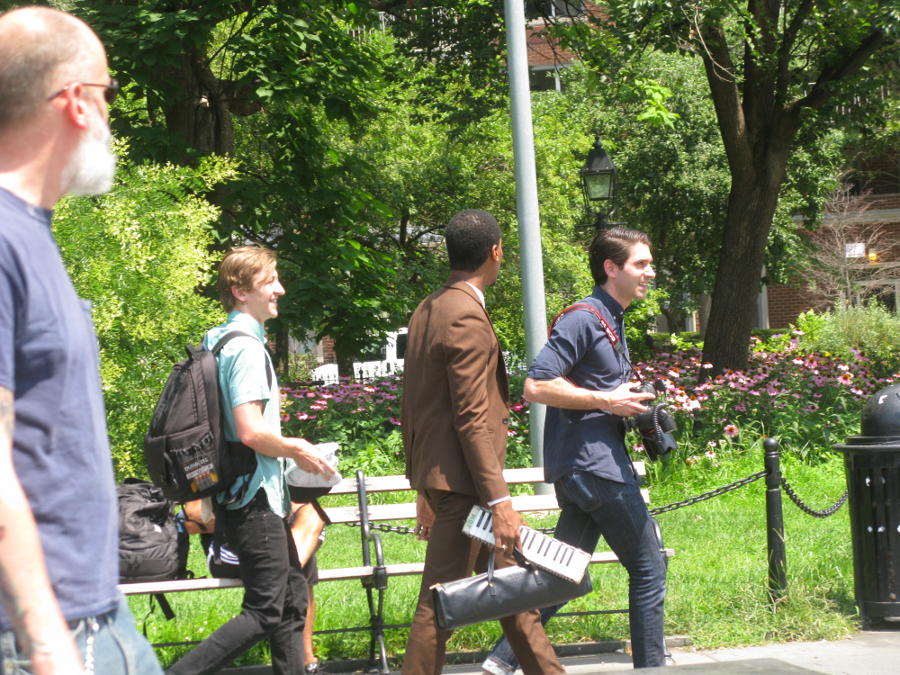 Eddie Barbash gave a standout performance on the saxophone. Aside from his eye-catching handlebar mustache, Eddie exuded passion during his solo sax feature.

By far the best part of the evening was the end of the show. The band entered the crowd and formed a jazz line to bring their tunes to the entire house. The audience picked up on their energy, dancing and clapping along to the beats. Everyone exiting the venue did so with a smile on their face. While I typically frequent rock concerts, this performance was notable and I look forward to attending more jazz shows like this one. I can’t wait to see more of Jon Batiste and Stay Human on Colbert’s show! Thanks to doNYC for the tickets and for an incredible evening on the town.

I somehow also managed to mix business with pleasure. I met several people and in the midst of the usual platitudes, I mentioned that I work with the American Movie Company and its subsidiaries, TeleprompterRental.com and WebCasting NYC. Who knows… they may not remain peripheral acquaintances but might become clients!