We have the following prompter gear available delivered and operated by an experienced professional. Click any tab below to get prices and detailed information on all rental options: 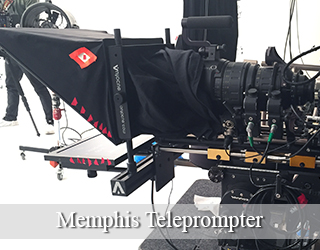 Price: $845 for a 10 Hour Day The through the lens teleprompter allows the talent to read a script while looking directly into a camera lens at the same time. Get Teleprompter Specs 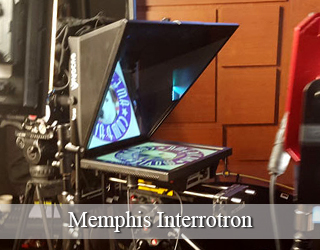 Price: $945/10 Hour Day The Interrotron Mark III contains a director’s unit and talent unit which allows both the director and talent to have eye contact while also looking into the camera lens. 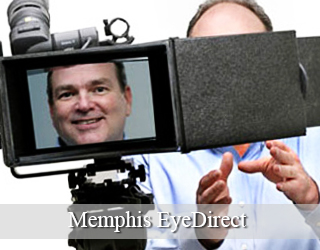 Price: $250/Day; $750/3 Day Week The EyeDirect functions like the Interrotron. It does not require an operator and is portable for travel. All units are packed ready for shipment. Te case weighs about 30 lbs and is just a bit larger than the typical airline carry-on bag. 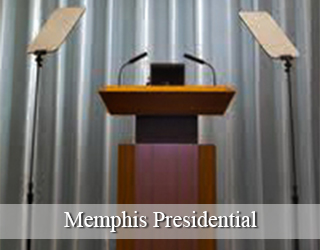 Price: $945/10 Hour Day The presidential teleprompter is useful when speakers address and audience from a podium. They are mostly used at presidential speeches, award shows and graduations. Presidential Prompter aka Speech Prompter Click Here “A List” Talent We Have Prompted For. Click Here. 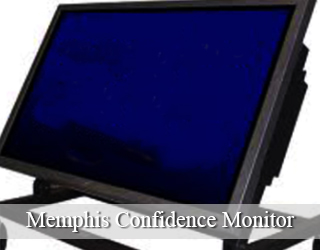 Price: $745+/10 Hour Day This device is great for speakers who would like to walk around on stage while addressing the audience. The monitor(s) can be placed on stage, off stage or at the back of the house. Call us at 917.414.5489 to discuss multiple monitor set ups and sizes. 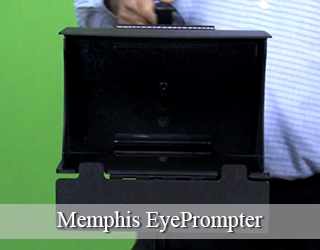 Price: $95/Day without iPad; $120/Day with iPad This unit is available for shipping only.  You can learn about this device on our EyePrompter Rental Page. 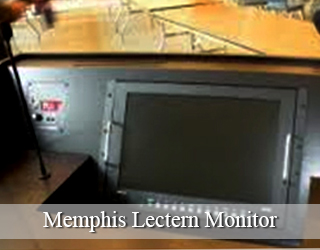 Price: $745/10 Hour Day This unit is a thin prompter monitor that is placed on a podium (where notes usually go). The speaker glances down as if he/she were looking at notes, then looks back up to address the audience. 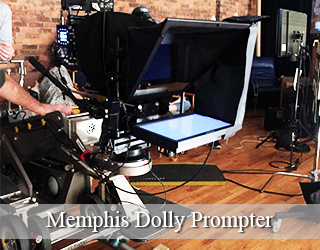 This unit is not available in all locations and is custom built.  Please call Bill at 917-414-5489 for more information re availability and pricing.

Click on the button below and then call Bill Milling at 917-414-5489 for types, availability, and pricing. EarPrompt: Click Here
A-List Talent We Have Prompted For 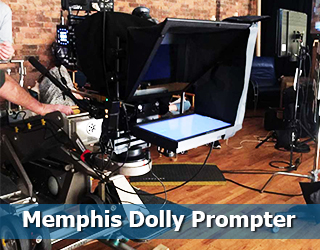 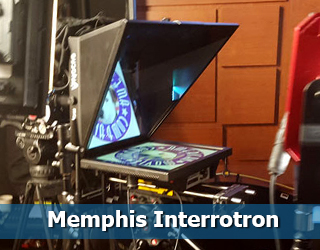 Memphis, Tennessee is located in the fourth Chickasaw Bluff and is in the southwestern part of the state. Memphis originally started out as a planned city by wealthy individuals including Judge John Overton and President Andrew Jackson in 1819. The city is 324 square miles big and is made up of 652,717 people. Memphis is known for its large music background and being the place where a lot of music originated from. The city created Memphis Soul, Gospel, Blues, Rock n’ Roll, Memphis Rap and Buck Crunk. Many famous artists such as Aretha Franklin, Johnny Cash and Elvis Presley began their successful careers in Memphis. There are also many tourist attractions to see in the city but four of the most popular events in Memphis are, Memphis in May, Beale Street Music Festival, International Week and World Championship Barbecue Cooking Contest.
We Proudly Serve: 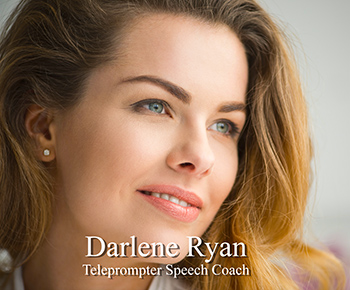 Darlene Ryan is an accomplished actress and spokesperson.   She studied acting getting her MFS in Dramatic Arts at UCLA.  She has been a drama teacher in San Francisco and Berkley, CA.  Recently she coached several stars in a major Hollywood film. Darlene will help your talent to speak with total confidence either with or without a teleprompter.
More About Speech Coaching
I am like a kid in toyland.  Am in Memphis!  Let your imagination run wild!  Music!  History!  It’s all here!  I literally could not be happier!  On top of living in this incredible place I am in love, have my dog with me and most important have a gratifying job.  I am an associate producer and prompter operator at the American Movie Company.  I am surrounded by creative people who have found their niche.  It’s all positive. Pictures of my loves in the sun. 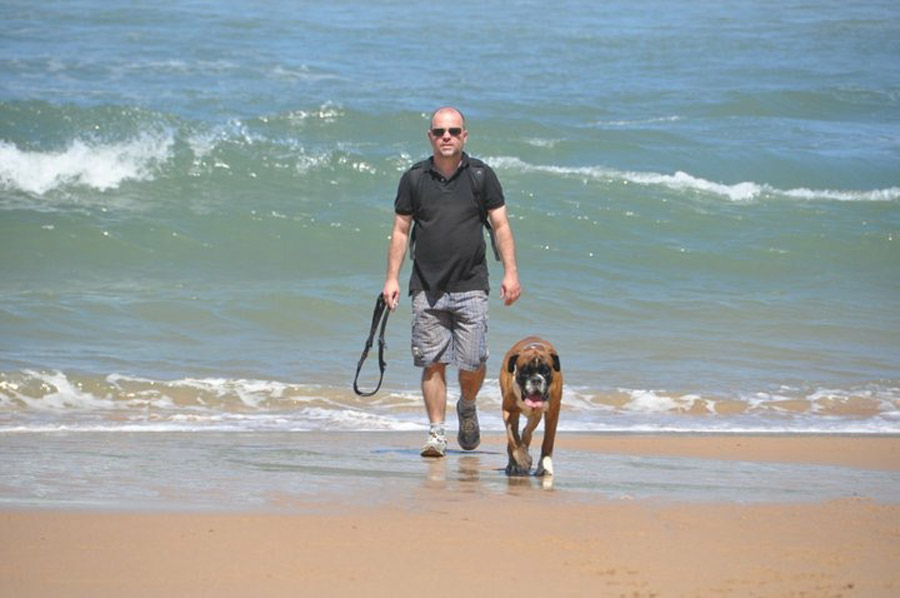 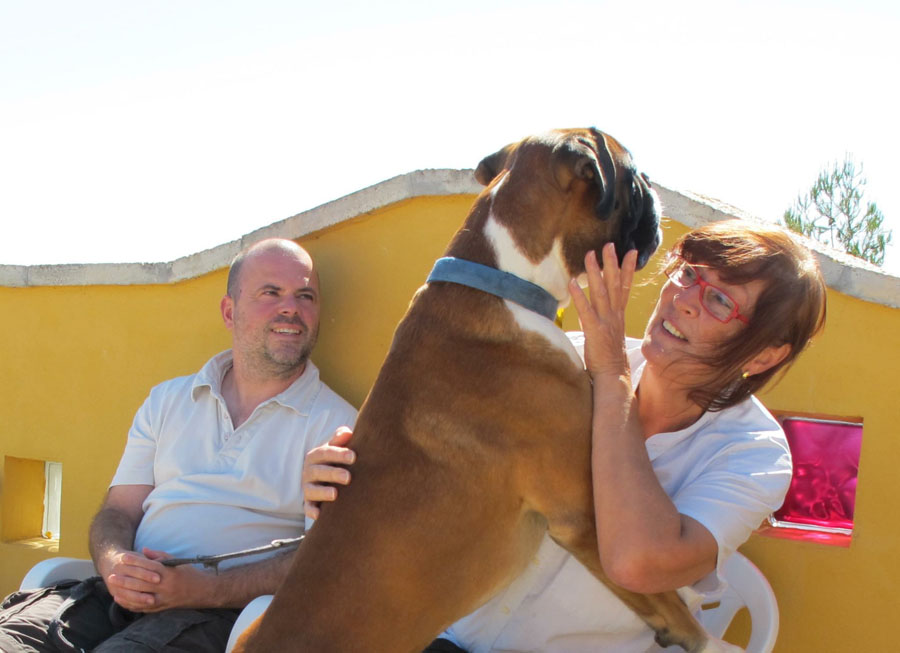 We’ve compiled a few videos for you to practice using a telemprompter. 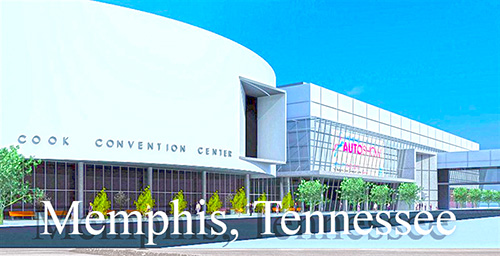 Time for the Weather