It is not the teleprompter’s fault! I can say this with some authority, after all, I am an operator of those wonderfully useful units. It is part of my job. 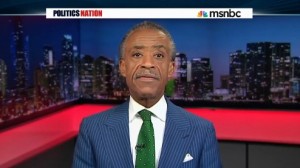