Teleprompter Job – I Hopped to It!

Thanks to American Movie Company, I had the opportunity to flex my muscles (you’ll pardon the pun) at my second Teleprompter job.  It was for the “McDonald’s Flavor Battle” National DJ Competition, hosted by one of the most popular and notorious Hip Hop DJ’s in the world, Funkmaster Flex. 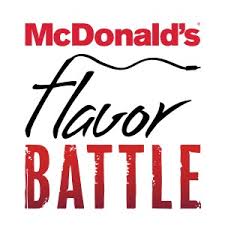 It was the final showdown from the hottest new DJs in the U.S. as celebrity judges Just Blaze, DJ Clue, Spinderella, and DeeJay Element critiqued and made the final decision round by round to see who would earn $10,000 and the 2014 Crown.

It was my sole responsibility to mount the teleprompter on top of the RED Camera being used for the shoot and work hand in hand with the camera crew and the talent, Funkmaster Flex.  It was my responsibility to make him look good and help get his message across to the millions of viewers anxiously tuning in live.

My idol and a street legend, Funkmaster Flex, would be waiting on and trusting my Script Q4 program scrolling skills as he read every word rolling down the teleprompter.  I was meticulous, totally in control.  I really enjoy the process and apparently it, thankfully, comes across.   It was a 9 hour shoot day and a very successful one.  Did I mention I got a big fist bump and a thank you from Flex himself?  Oh, yes, I did!