The SkyTronn is the logical extension of the Interrotron technology.

It allows the familiar “face to face” personalized interaction between the director and subject… but at a distance.

The director could be in Hollywood and the interview subject in Manhattan and still get that highly personal “one-on-one conversation.

And because great interview responses are often gotten on the first take… it saves time and money.

And now more time and money can often be saved by remotely directing the talent through the lens of the camera while also having access to other views of the set, lighting arrangement, etc.

Naturally, this is a great tool for casting.

One could just stream the casting session but more and more top directors want to control the final “call back sessions” by personally interacting with the candidates through the actual camera lens via “Interrotron at a distance”.

The Interrotron inventor, Errol Morris, won an  Academy Award for his deeply personal interview style using the unit.  His wife is credited with coining the term which is a union of the words “Interview” and “Terror”.

As all experienced producers and directors know, non-professional talent and children are often uncomfortable or even “terrorized” at the sight of a cold camera lens pointed at their face.  They see the entire crew quietly staring at them watching to see how they will perform.

It can be unnerving.

The face-to-face experience enabling the director to read the body language of his subject and vice versa is invaluable.

This process was begun with the Skype-O-Tron which allowed the same interaction when coupled with an Interrotron at the subject’s location. But, difficulties with latency and other issues prompted the upgrade. 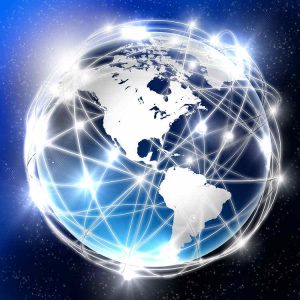