Presidential Teleprompter – No Huffing and Puffing!

I am now in the big leagues – a gig with the Presidential Teleprompter.

This is the big daddy of all teleprompters, and should only be used by expert hands.  Potential complications stemming from all of the additional technology make it challenging. This type of teleprompter is the one you’ve seen President Obama use over the past few years.

They are virtually invisible glass screens that are traditionally placed on opposite sides of the podium.  The speaker looks from side to side at a wide range of the audience appearing self-confident and on message.

The set up for this event began a day early.  I would be Presidential Teleprompting for the director and CEO of the World Economic Forum (WEF). 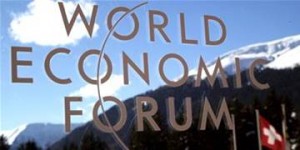 She along with other highly respected guest speakers would be addressing the world on numerous important economic crises via a live stream. This method puts a lot of pressure on the teleprompter operator because there is no do-over.  It has to be done right the first time!  This job was under my control – I had to make everything run smoothly and flow perfectly.  I was determined to do just that.

To my amazement one of the guest speakers was Arianna Huffington! 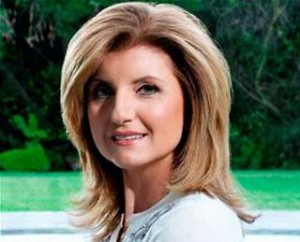 A few months back I read in the paper that she sold the Huffington Post to AOL for over 300 million dollars back in 2011.  She is an incredibly accomplished woman and here I was working with her, hand in hand.  On a beautiful Saturday morning I had the singular pleasure of working with the president and editor-in-chief of The Huffington Post.  An unforgettable 90 minutes – streaming live with one of the country’s most influential women in media!

The topic of the WEF program was really interesting.  Arianna spoke about healthy living and the acknowledgment that our personal well being is linked to the well being of companies, our economy, and our entire society.  Arianna also talked about the growing evidence that the long term health of a company’s bottom line and the health of its employees are, in fact, very much aligned.  I took that to mean that if we treat them separately, we will pay a heavy price both personally and collectively.  My days of preparation paid off and we had a great shoot!  It really made me feel good inside to be a part of something so important, a live press conference with such influential people whose ideas impact our world. 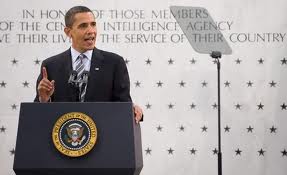 At the end of the shoot I reflected on Mark Twain’s thought “ I have never let my schooling interfere with my education.” At this job I really learned quite a bit.

After working so well with this client on such an important job, I felt ready to take on the world as a Presidential Teleprompter operator.  Any hint of nervousness vanished!