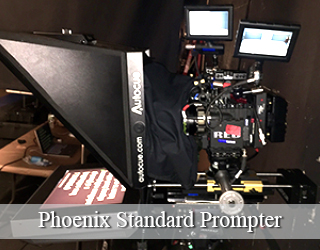 The Standard Prompter is a through-the-lens unit that can be mounted on a camera tripod or on its own stand (placed in front of the camera). To learn more about this unit, click the button below. 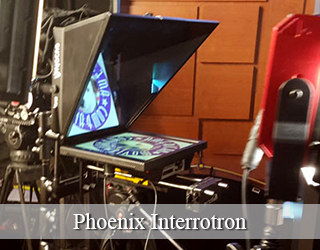 The Interrotron Mark III contains two separate units: the director’s unit and the talent’s unit. The device allows both the director and talent to see each other, while still looking into the lens of a camera at the same time.

Click on the “Interrotron” tab on the menu above to learn more. 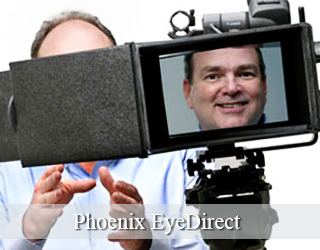 Only available via shipping.

The EyeDirect accomplishes the same as the Interrotron, but is portable, easy to use, does not require AC power and can also double as an iPad prompter (mount included, tablet not included in rentals).

The unit comes in a custom-fitted Pelican case which weighs about 30 pounds and is slightly larger than a carry-on bag. 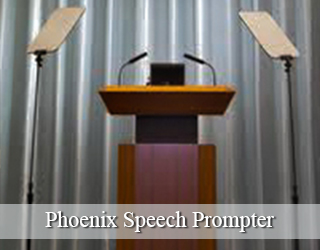 The Presidential Prompter is the standard device of choice for live events including political speeches, award shows and graduations. To learn more, and view pictures of this device, click the button below. 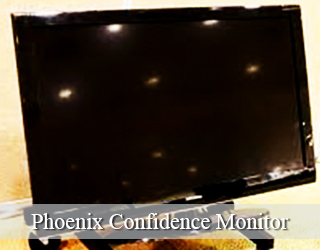 Some speakers like to walk around the stage and at times actually move out into the audience itself, instead of standing at a podium. In cases like this, we suggest you use one or more of our confidence monitors.

Click on the Confidence Monitor tab on the menu to learn more. 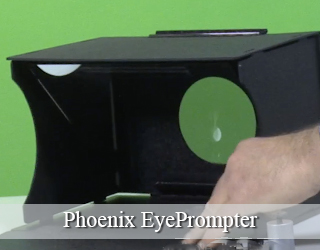 The EyePrompter is the best iPad prompter on the market. It is light, fits into a laptop case, and sets up in less than two minutes. It is important to note, however, that most iPad prompter softwares do not allow for live script scroll speed adjustment, which can make talent sound robotic. 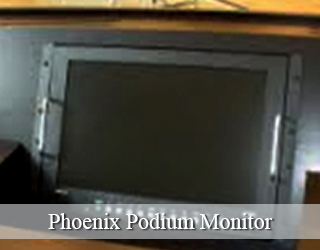 This unit is a thin monitor which is placed on top of the podium (where one would normally put notes), and out of sight of the audience. A cable is run down the inside of the podium and out to the operator offstage. 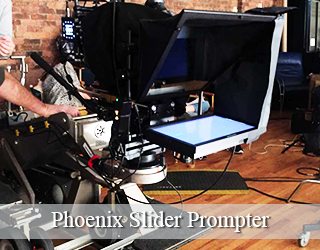 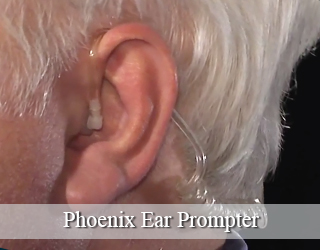 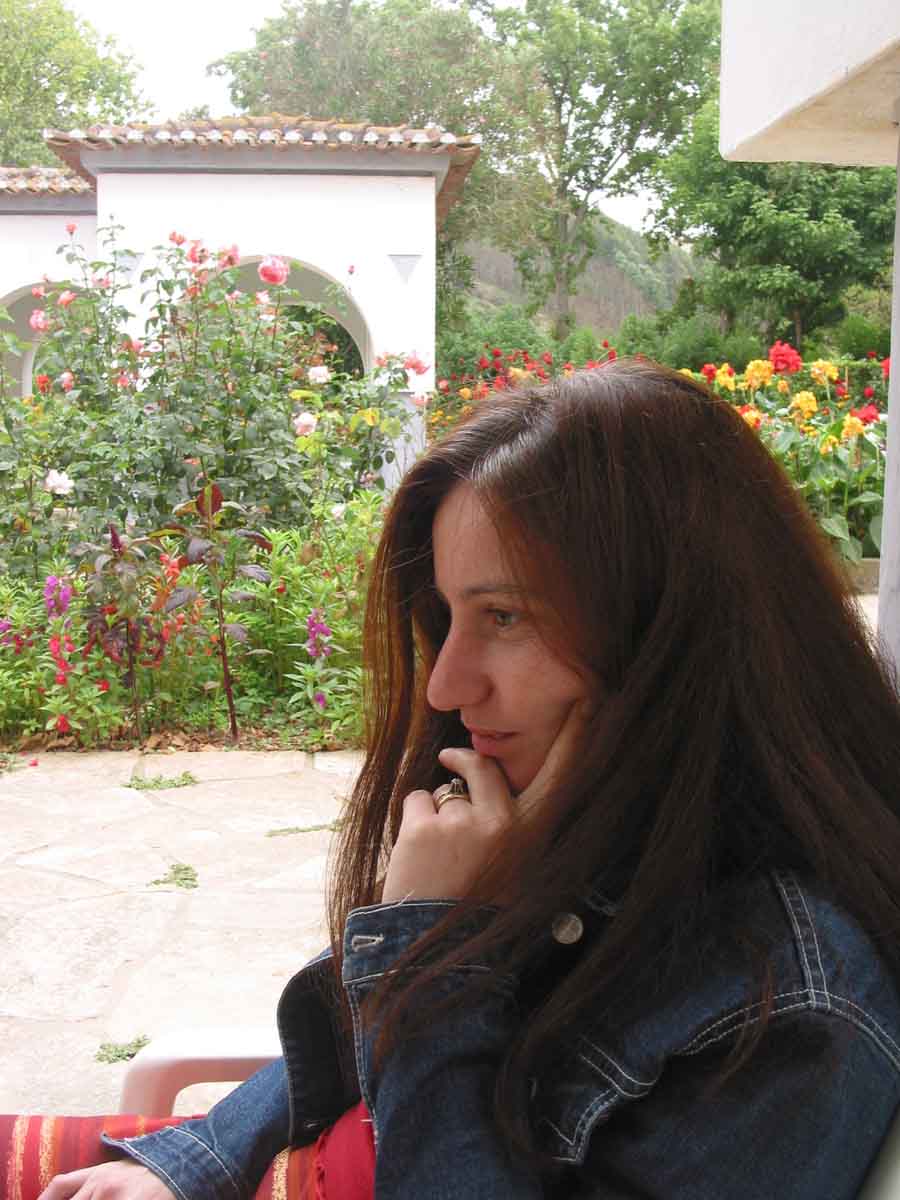 It is particularly apt that I find myself here.  I’ve had a tumultuous year and do feel like the mythical phoenix.  My husband and I divorced after four years.  I am pacing myself so as not to burn out.  If I do, I too will arise from the ashes.  I am very stubborn and intent on succeeding at my new job.  It is exciting and varied.  I am an associate producer and a speech coach and wait… I also coordinate the many shoots for the American Movie Company and Teleprompter Rental.  Both companies have their main office in New York City.  They expanded to many other cities across the U.S.

Ultimately i would love to direct.  I am collaborating with a seasoned producer of TV shows and feel very optimistic.  2018 is the year!

By the way, those lovely creatures pictured on the right help keep me sane!  They are responsible for getting me out of bed early even on days when I don’t have a gig! 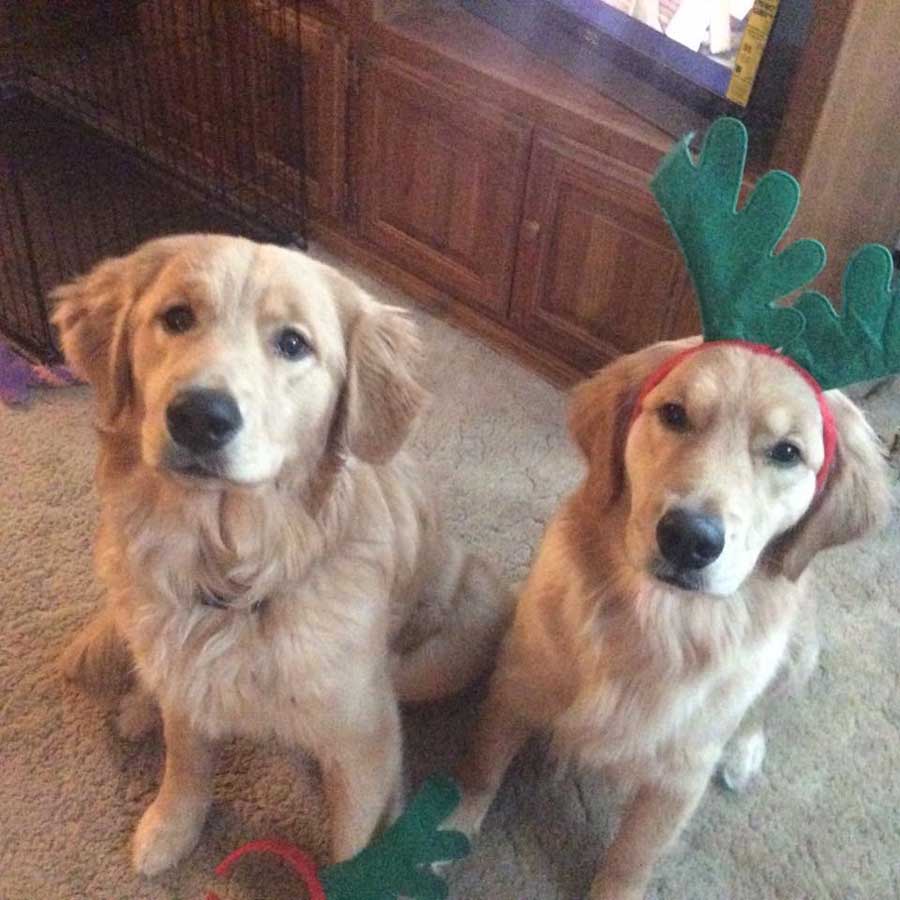 A-List Talent We Have Prompted For 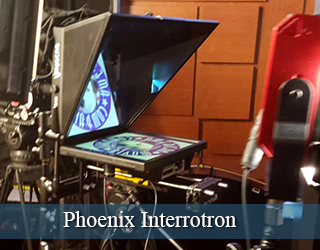 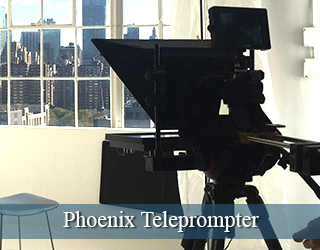 Phoenix, Arizona or often referred to the Valley of the Sun due to its subtropical desert climate, is home to 1,615,017 people. Its year-round sun and dry climate makes it to be the perfect location for high end resorts and spas. The 517.9 square mile area used to be dependent on the Five C’s which are, cattle, cotton, citrus, climate and copper.

Phoenix is home to many theaters and concert halls such as the Phoenix Symphony Hall, Orpheum Theatre, Herberger Theatre Center and many more. Due to its desert landscapes, it makes for the perfect set of movies and television shows. Some of the movies that were filmed in Phoenix, Little Miss Sunshine and The War of the Worlds. Just because Phoenix is a desert, there are still plenty of things to visit such as the Arizona Science Center, Arizona Capitol Museum and the Phoenix Art Museum.

Completed in 1972, the Phoenix Convention Center has played host to a variety of events in the 40+ years it’s been open. Annual events include conventions, trade shows, and theater productions. The convention center has 312,500 square feet of exhibition space, 150,000 square feet of meeting space, and a 45,000 square-foot ballroom. Located in the heart of the cultural center of downtown Phoenix, the convention center is 5 miles from the Phoenix Sky Harbor International Airport. 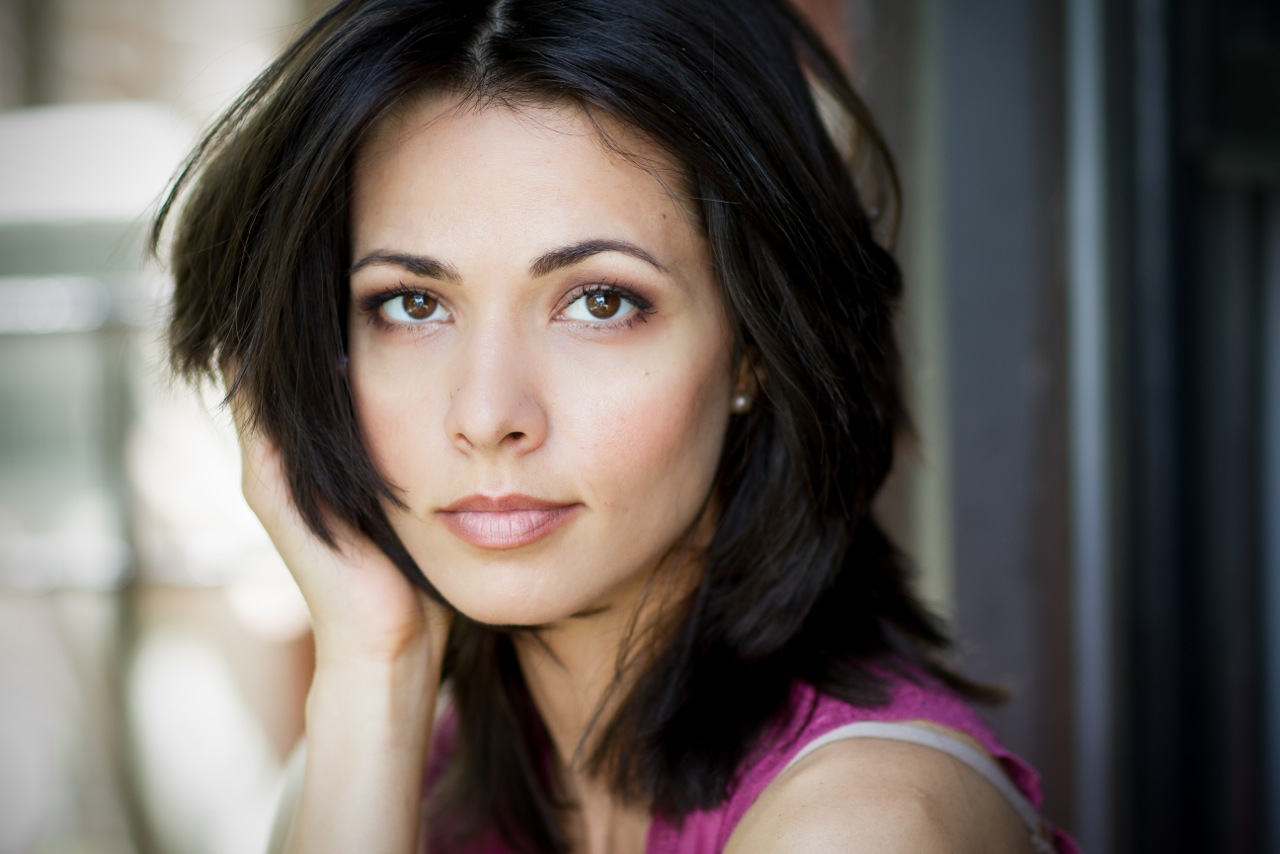 We offer Executive Speech Coaching for use with our Teleprompters & Presidential Prompters.   This service provides on camera, teleprompter practice days before the actual speech.  It can be invaluable helping to reduce stress and promote an effective, compelling delivery.

Now for the Weather